My beautiful big, calm and laid back blue boy Louis. What a wonderful standard poodle he was. Louis was my first standard and what a real credit to his breed he is. Louis was a blue standard poodle and measured 29" to the withers. For 2 years I believed him to be black until he started changing colour and on further investigation from other breeders realised he was indeed blue. A blue is a gun metal grey colour. A beautiful colour all of its own and in my experience the calmest of all the colours. Please check out this website for further information on the "blue" colour.

Louis' father is a parti poodle and Louis too carries this parti gene. Louis carries brown, silver and black and has produced with the girls, colours of these descriptions. Louis has also fathered a couple of litters of parti poodles in black and brown.

Louis was my top stud dog, self assured without being dominant, he was a perfect role model for the younger boys. He enjoyed chasing after the ball, but would never retrieve it! Preferring instead the game of "catch me if you can!"
Louis loved the water and was a great swimmer. 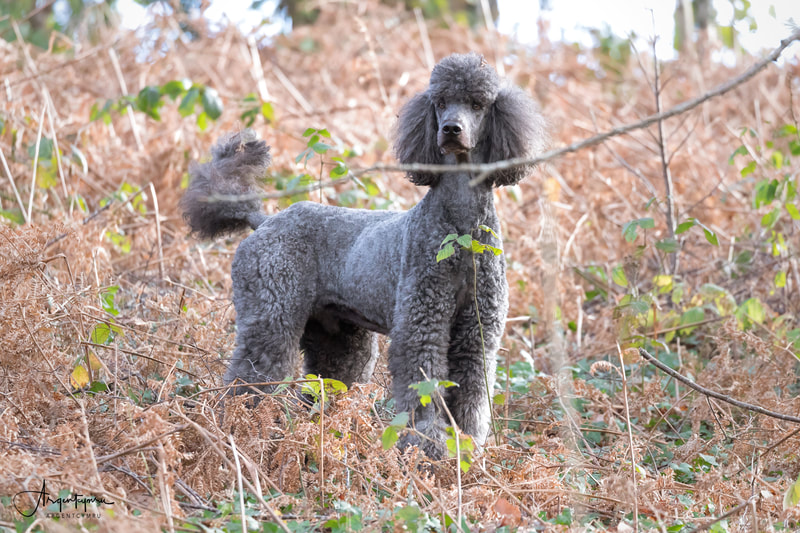 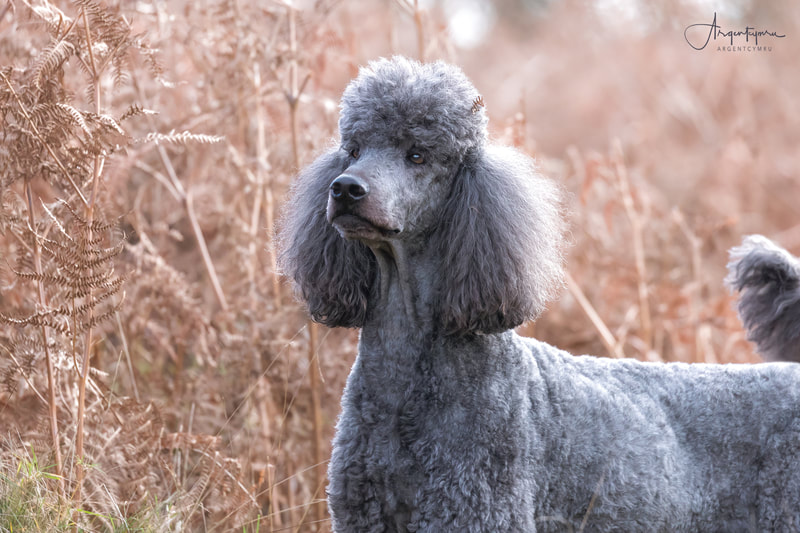 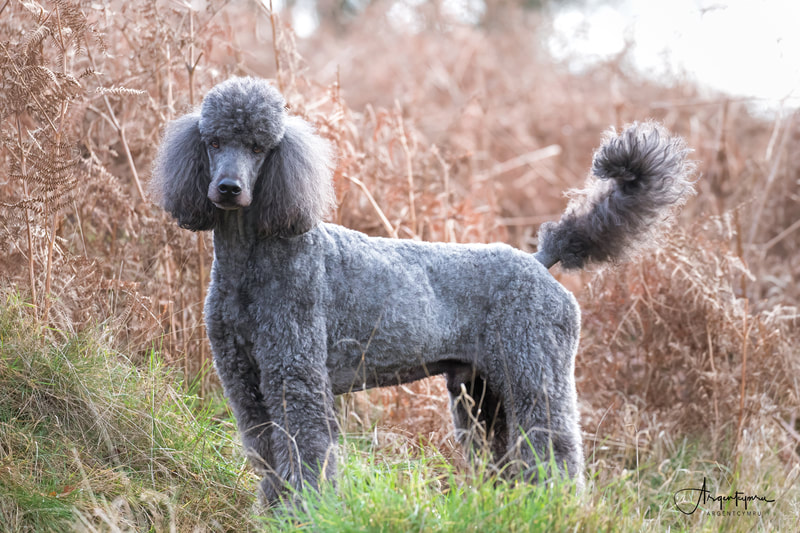 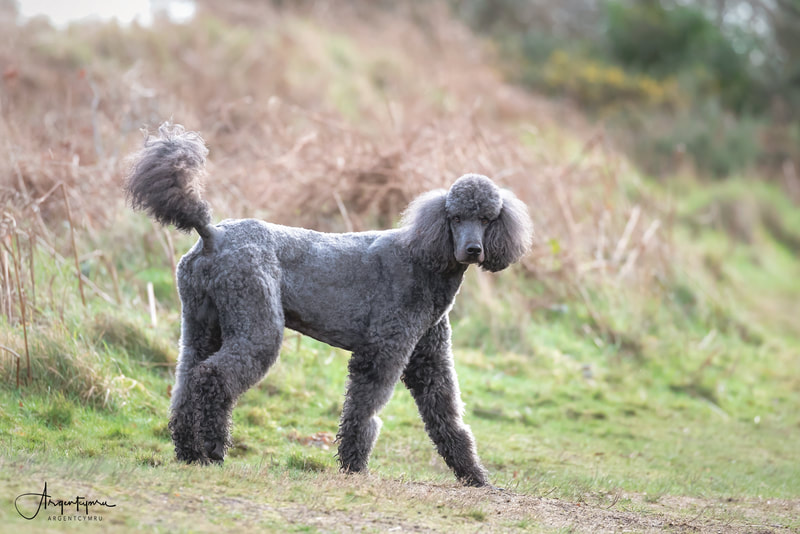 My beautiful Louis
​louis is wearing a collar made by Nicky Hennessey of Jessie Accessorises... this page can be found on FB 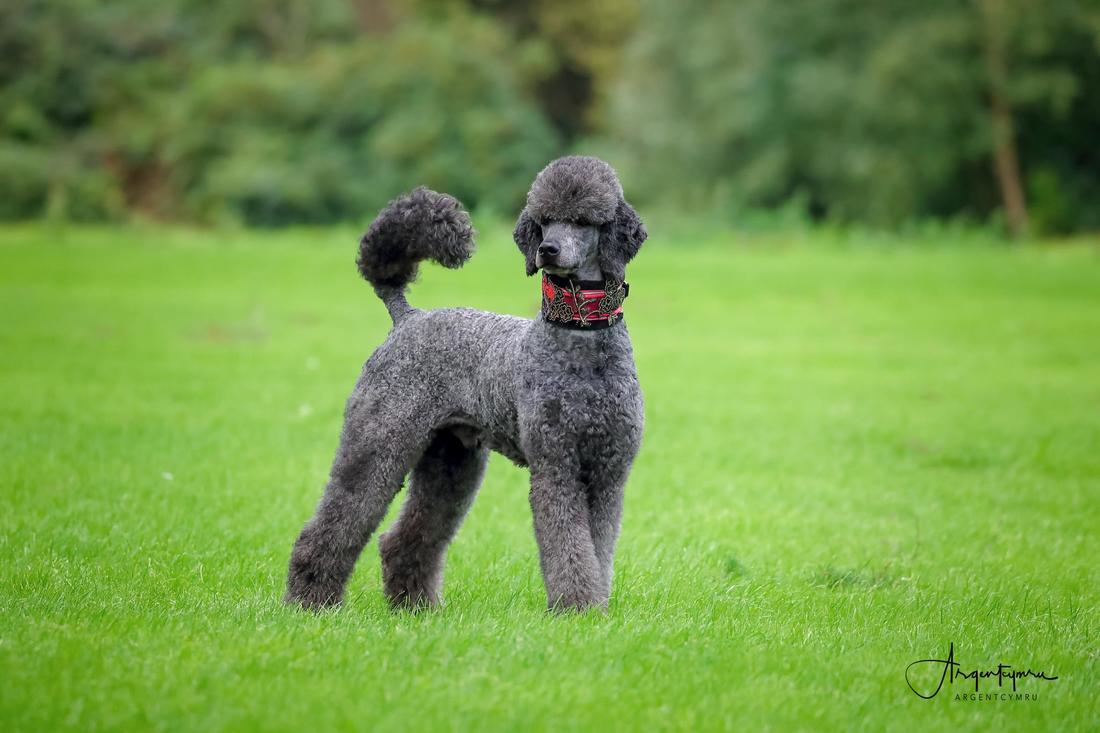 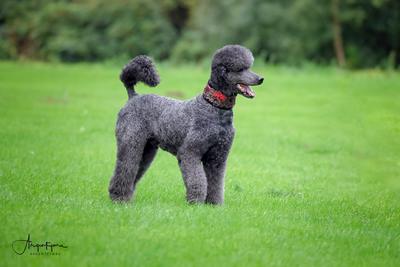 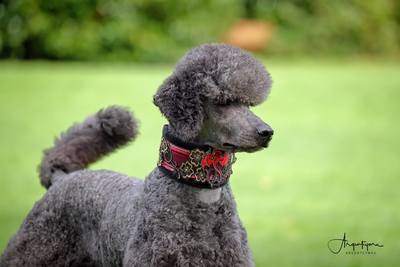 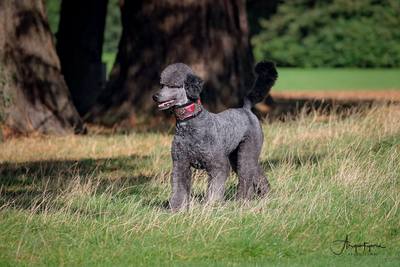 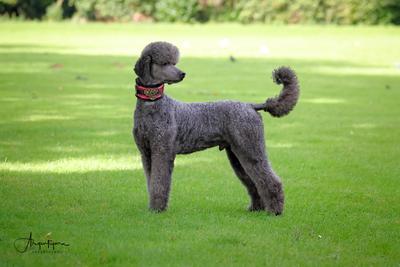 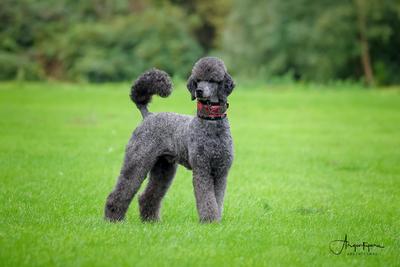 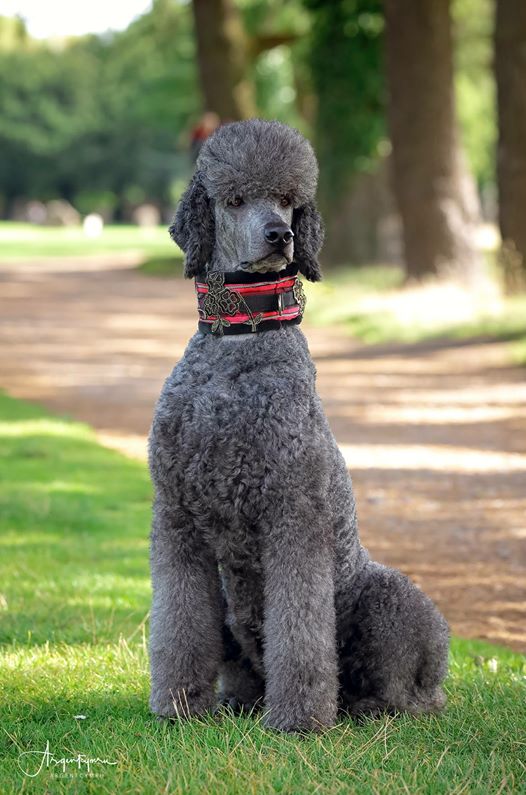 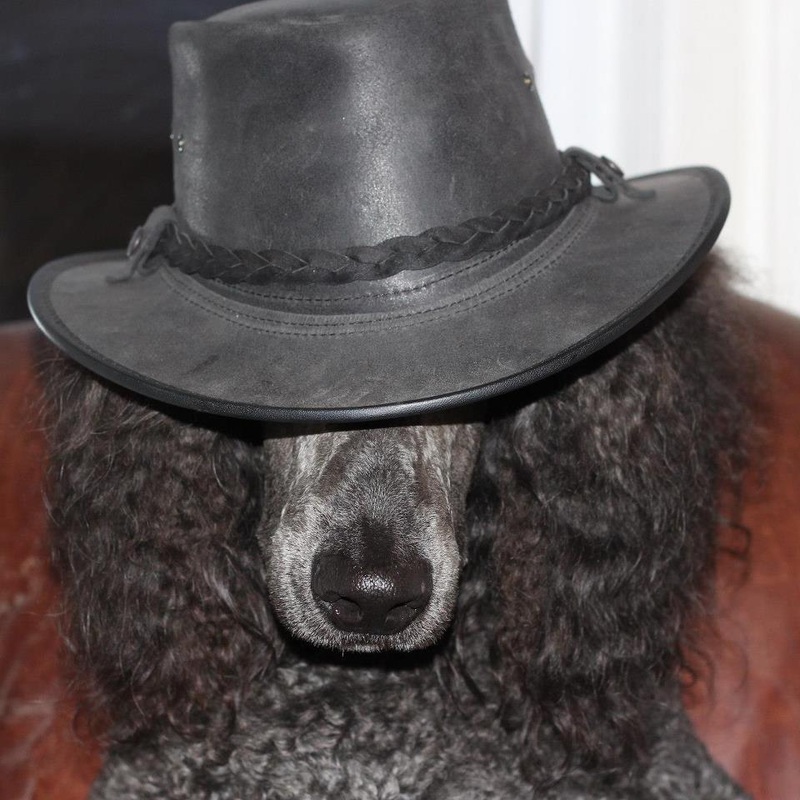 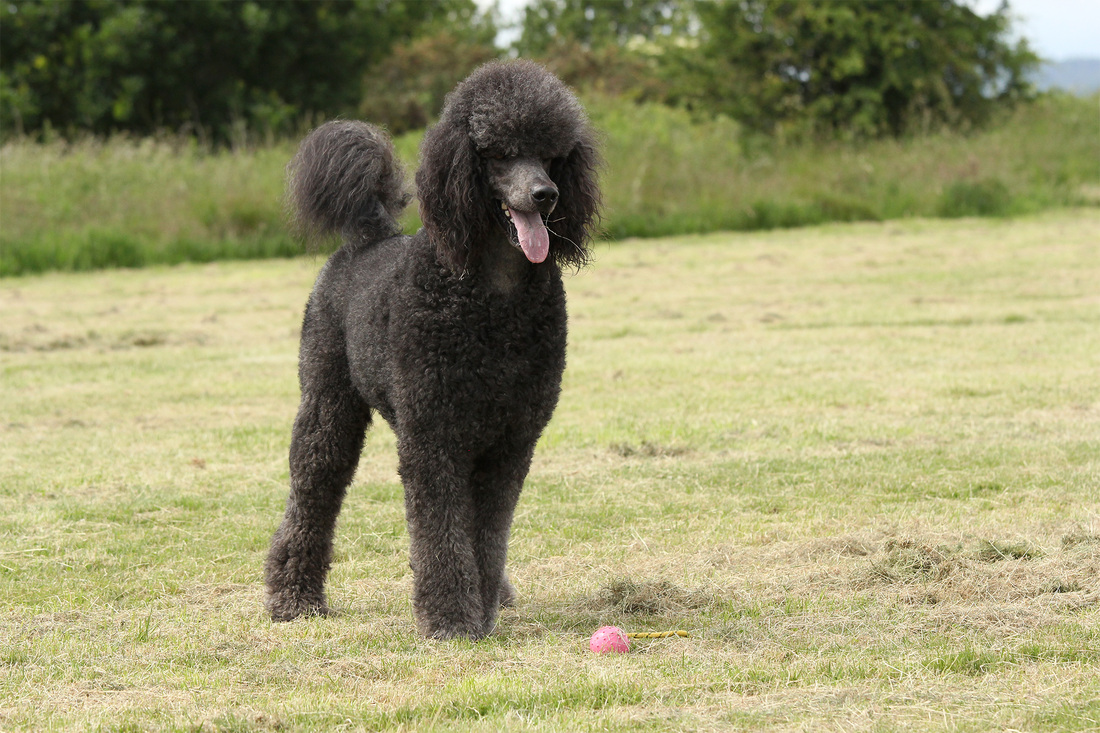 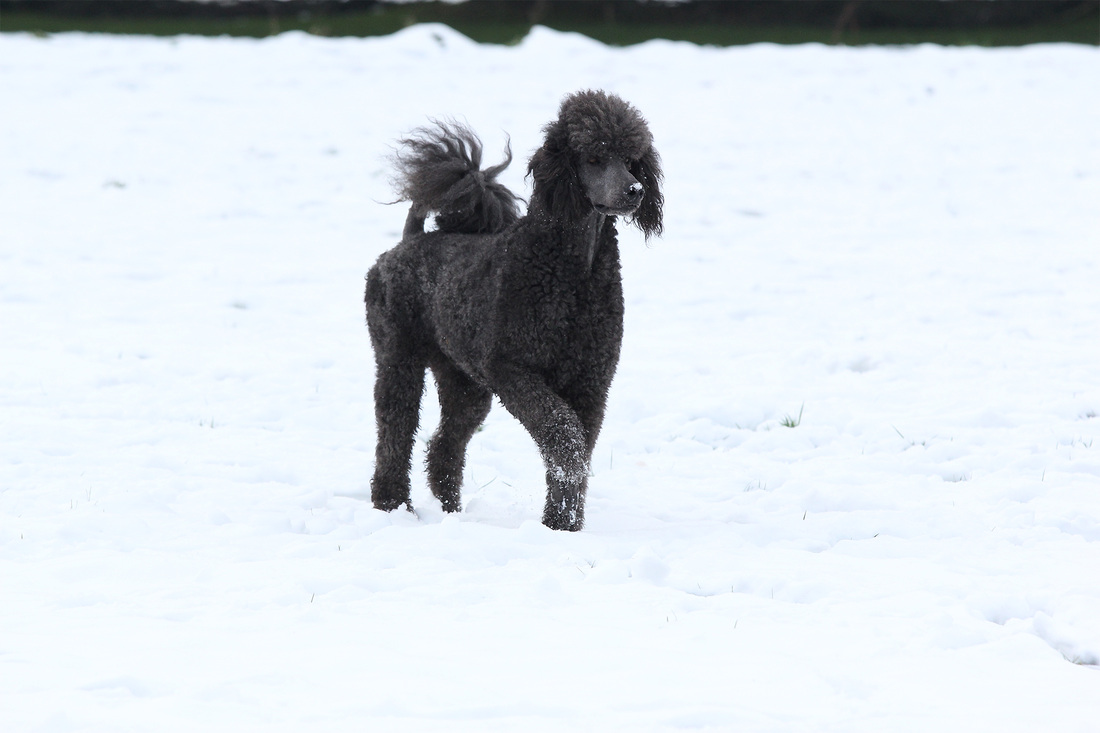 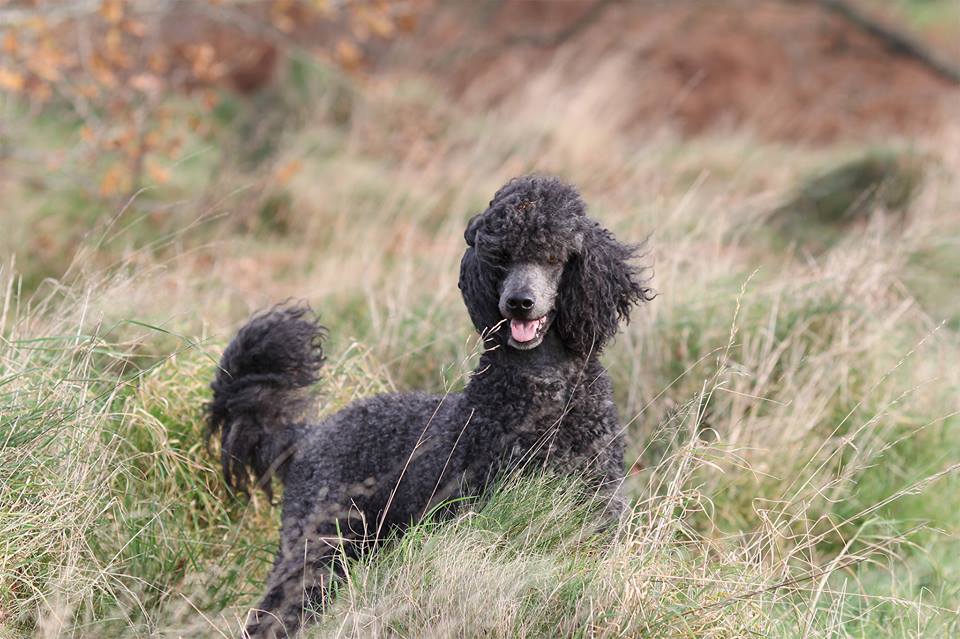 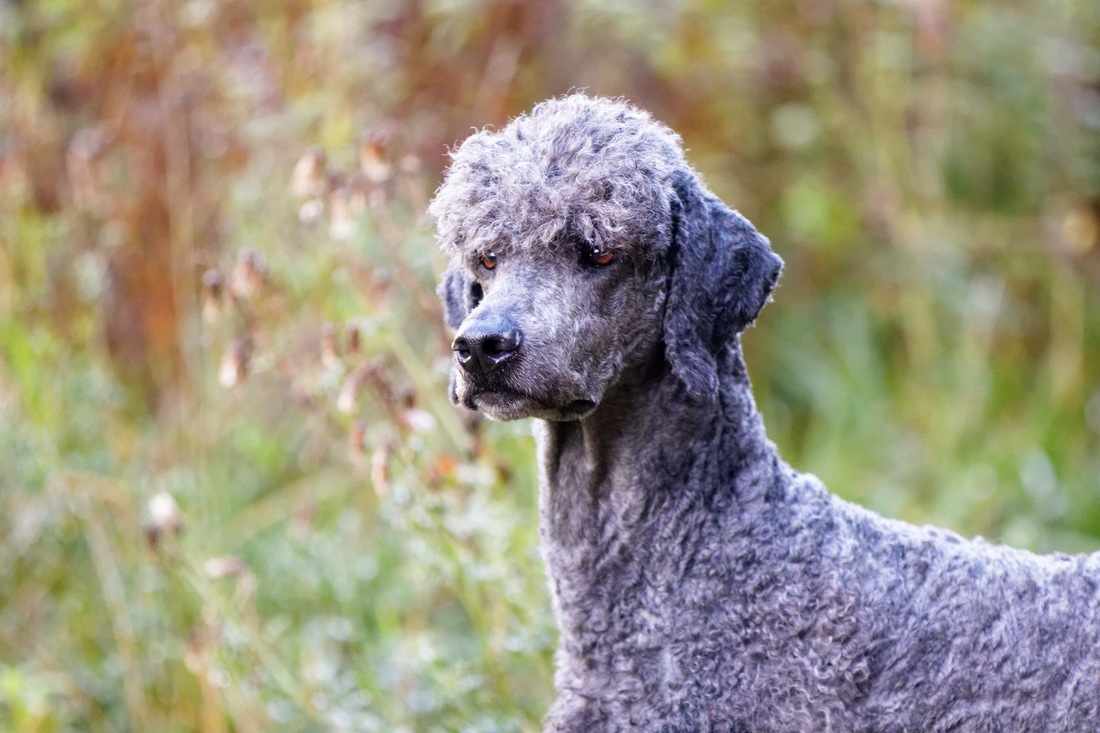 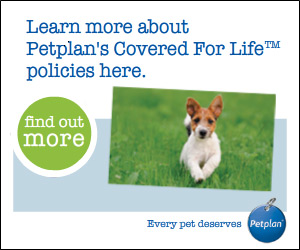